Android TV boxes have been all the rage within the past few years. With a simple set up process, it can turn your old television into a Smart TV. You can stream videos from your favourite content sites and even play games that are available on the Play Store. While the Android operating system for these TV boxes is popular, there are also some alternatives worth considering.

What is an Android TV box?

It is a set-up box powered by the Android software which helps to turn your television in a smart TV at a fraction of the cost. The most common use of an Android TV box is to stream videos from content providers like Netflix and YouTube. Additionally, you can download just about any app available on the Google Play Store and use it on your TV. Come find out which are the best Android TV Boxes that you can buy in Singapore today! 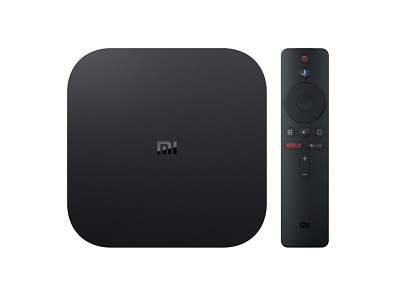 It can output video at 4K which is rare at this low price point of $89. It has also been updated to the current latest Android TV version 8.1. That means that you’ll be able to get everything in the Play Store that the Nvidia Shield has access to. Netflix, YouTube and even Google Assistant will all be available to you in addition to the millions of different apps on the Android ecosystem.

The Xiaomi Mi Box does decently in video streaming. You will rarely see any visible lag even when watching a 4K video. However, do not expect to use it for more intensive gaming purposes.

If you want a budget Android TV Box for streaming high-quality 4K video, the Xiaomi Mi Box would be a fantastic choice.

Best for streaming and gaming

Firstly, its software is always updated. The Nvidia Shield TV is running on the newest Android TV 8.0. Although the Shield has been out for a few years, we have never seen it lag in terms of updates. In fact, it is probably updated more frequently than its newer competing products. Being constantly updated means you can enjoy the latest features and also extends its shelf life. By getting a Nvidia Shield, you can get years of usage without lagging behind.

The Shield TV is a gaming machine. It is equipped with the ultra-fast Nvidia Tegra X1 processor together with 3GB of ram which allows you to game on it seamlessly. Choose any game on the Play Store and it will play buttery smooth, even the latest ones. Besides these apps, you can also access and play a variety of PC games through GeForce Now. If you are a gamer, no other Android TV app will satisfy you like the Nvidia Shield TV.

When it comes to streaming videos, the Nvidia Shield is once again among the top performers regarding video and sound performance. You can enjoy your Netflix videos in 4K HDR quality backed with Dolby surround sound. It’ll almost feel like you are in the cinema.

Get the best of video streaming and gaming with the Nvidia Shield TV.

There are many alternatives to Android TV Boxes. Just because a streaming device does not run on Android does not mean that it is no good. In fact, as we have discovered, many of them can match up and even outperform their Android counterparts. Here is the Apple TV 4K which is the best of the alternatives. 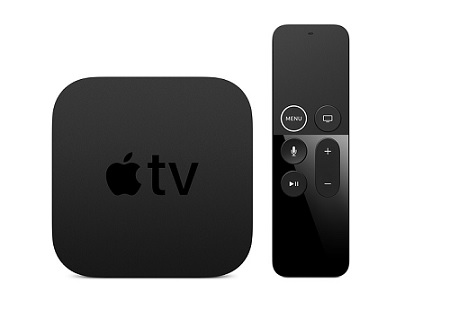 Every Apple product is well-crafted and designed with the end-user in mind. The Apple TV 4K is no exception. It is simply one of the best options for a TV box – an iOS alternative to the Nvidia Shield.

The Apple TV has an A10X Fusion processor which is extremely powerful. In fact, the $1000+ iPad Pro uses this processor as well. Because of its sheer speed and power, you will be able to run large apps and video files with zero issues. Lag is not in the dictionary of the Apple TV 4K.

It runs on the tvOS software which is very user-friendly like any other iOS device. If you are familiar with the iPhone or iPad, it will feel familiar and be very easy to get used to. For Android users, it’ll only take you at most 2 to 3 days to get familiar with it. Apple TV is really easy to use.

Whether you are an Apple fan or not, the Apple TV 4K is undeniably one of the best TV boxes you can get.

Android TV boxes are not illegal. It is what you do with it that could make it illegal. These TV boxes have gotten a bad reputation in Singapore because many have used it to access content illegally.

In January 2018, two retailers of Android TV boxes were charged with violating the copyright of Starhub, Singtel, Fox and the Premier League. The case is still ongoing as of now.

As of (17/1/2019), there are ongoing changes to the Copyright Act in Singapore which will make the selling of these TV boxes illegal – if the retailer installs or provides a service access content illegally.

Sim Lim Square is well-known in Singapore for selling PC and electronics. In recent years, they have also been one of the hottest place to buy an Android TV box. However, they have also received bad press because many of the setup boxes being sold are sold on the premise of illegally accessing content.

Things to consider when buying a TV box

How fast is the processor?

The processor is one of the most important components in an Android TV box. It receives inputs and transmits output. For smooth and fast performance, a good processor is essential. Most TV boxes come with a good enough processor for high-definition streaming. If you need to multitask or stream 4K video, you’ll have to go for a more expensive TV box because fast processors are not cheap.

There are many different brands of Android TV box. Most of them work great out of the box. However, not all of them are consistent in providing software updates. Usually, the bigger brands will more likely follow a regular update schedule because they have the resources to do so. For that reason, we recommend buying a setup box from brands like Xiaomi and Nvidia rather than the cheaper OEM models.

Sufficient storage space is important if you want to record shows or download many apps. Often the internal storage of an Android TV box will not be enough over time as you store more things on it. Fortunately, you should be able to expand the memory space by adding an SD or microSD card to your Android TV. If your TV box has Android 6.0 and above, setting up an SD card as internal storage is a very simple and smooth process.

Yes, you can use it on almost any TV with an HDMI port. As long as your television is less than 5 years old, it should work. What is amazing is it can transform a low-cost and old TV into a thousand-dollar Smart TV that can be used to do almost anything on the Internet.

Is it hard to set up?

No. Setting up an Android TV box is a quick and straightforward process. Here are the steps:

Catch thousands of dramas and movies legally through the Netflix app. The cost of a subscription is so much cheaper than cable TV and you can even watch on multiple screens simultaneously. If you divide up the subscription about your family members, you’ll each be paying less than a cup of Starbucks coffee per month.

Catch Netflix Originals such as Stranger Things, Orange is the New Black and many more award-winning shows.

With a diverse range of free content created by millions of big and small-time content creators, you will never run out of things to watch. Instead, you’ll likely be clicking from one video to another recommended one and just like that 2 hours have passed. And did we mention that it is free and legal?

Are you a gamer? Then you would have definitely heard of Twitch. At any time of the day, you will find tens of thousands of real people streaming their lives and gaming adventures. Watch some of the top players in the world compete in games like Fortnite, Overwatch or PUBG.

VLC is probably the best media player no matter which platform you are using. It takes up little space, is extremely fast, easy to use and has no advertisements. It is completely free-to-use. If you want to play your own videos on your Android TV box, getting VLC installed is your first priority.

Most Android TV boxes do not come pre-installed with a browser. For light web surfing, install the fast and free Google Chrome that is number one browser in the world.

Listen to your entire playlist of music and chill the night away with Spotify. The good news is that even if you don’t have the Spotify premium subscription, you can still enjoy good music all day long, with the exception of some advertisements here and there.

Some of the product links that we have included are affiliate links. This means that we may receive a small commission from platforms like Amazon if you make a purchase. This commission comes at no added cost to you. This helps to support us so that we can create more buyer guides for you.