Electric bicycles, also known as power-assisted bicycles, have been growing in popularity ever since the ban of electric scooters on footpaths on 5th October 2019. Without the availability of footpaths, the next best alternative is to ride on the road, which is the key selling point of an ebike.

With the good network of road connectivity and a 25km/h speed limit, an electric bicycle will bring you both speed and convenience. Also, ebikes are an excellent choice for food delivery riders as it requires less effort than a manual bicycle. We have done up the research on which ebikes you should get. Here are the best ebikes you can buy in Singapore today! 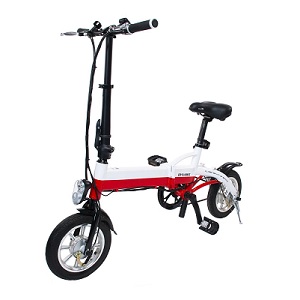 The Mobot Dynamic MINI 16 Electric Bicycle is a well-designed bicycle that has been engineered in France. We like its solid build which allows it to carry loads of up to 125kg which great for deliveries. Powered by an 8Ah battery, it has a maximum range of approximately 50km. If you need more range, you can consider getting a separate battery pack because its battery is removable.

The riding experience is made smoother thanks to its 16-inch pneumatic tyres. You also won’t need to worry about exerting too much energy because the battery will provide sufficient power for you to cruise at its maximum speed of 25km/h.

In addition, this Mobot Electric Bike is foldable and can be folded very quickly. It is compact and can be brought up to public buses and MRTs as it fits within the dimensions allowed. This Mobot model is an LTA-approved e-bike. Mobot is also offering free registration with LTA along with a free number plate with each purchase.

If you want to get a foldable electric bike from a reliable brand and retailer, you should definitely get the Mobot Dynamic MINI. 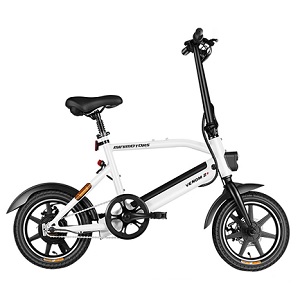 With a maximum range of 75km, the MiniMotors Venom 2+ E-Bicycle is the one you need for long-distance cycling. It has a 36V 7.5Ah battery that can be charged up pretty fast in just 5 hours. It is also designed to be sleeker and slimmer so that you can navigate through traffic seamlessly.

The Venom 2+ is an upgrade of the Venom 2 which we will introduce later. It comes with 2 key improvements which are its seat and a Smart Display Meter. The seat on the Venom 2+ has suspension which makes it more comfortable for your buttocks, especially for longer rides. It is slighter more expensive than the older model, but we think it is worth the extra investment.

The MiniMotors Venom 2+ E-Bicycle should be your top choice if you travel long-distances and need a comfortable ride. Definitely check it out! 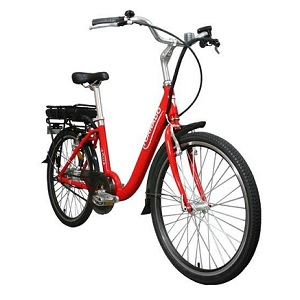 Are you a first-time user of an electric bicycle? If so, the simple and easy-to-use Tornado AQUA Electric Bicycle would serve you well. It does not have complicated gear settings and is a single-gear bicycle with 5 electric speeds. As long as you know how to ride a regular bicycle, you’ll know how to ride the Tornado AQUA. The only thing you need to do is the flip the switch to turn it on and set the speed you want – easy as ABC!

This electric bike complies with Singapore’s LTA laws as it is under 20kg and has a maximum speed of 25km/h, which are within limits. Within these LTA limits, Tornado has crafted a bicycle that provides a comfortable riding experience that cruises like water. The body is built with aircraft-grade 6061 alloy that is designed to guide your body to a comfortable position. With its removable Li-ion battery, you can enjoy up to 50km of range.

For a hassle-free ebike experience, the beginner-friendly Tornado AQUA Electric Bicycle is definitely one which you should consider, especially if this is your first ebike. 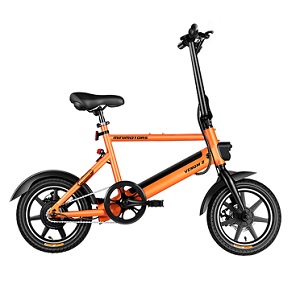 The MiniMotors Venom 2 E-Bicycle is the cheaper alternative to the Venom 2+. When we last checked, you could save around $100 off the price of the Venom 2+. The key difference between these two models is the maximum range and also seat suspension. The maximum range of the Venom 2 is 15km less than the more expensive model. Also, it does not have seat suspension. For other features and specifications, they are pretty similar with good quality.

If you don’t plan to ride super long distances, we would recommend getting the MiniMotors Venom 2 E-Bicycle as you can save $100. 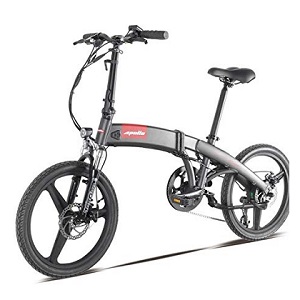 Look at the spec sheet of the Apollo Italy Smart1S Ebike and you’ll see a whole range of recognizable names from Shimano, Tektro & Kenda. This serves to show you how well-built this ebike is as it only uses high-quality parts to make the best ebike for you.

Its frame is made of lightweight 6061-T6 aluminium which helps it to become one of the lightest ebikes around at just 17.9kg. For its shifter, it is equipped with the Shimano Altus SL-M310 7-speed Rapid Fire Plus. Similarly, its derailleur is also a Shimano 7-speed. Its front and back brakes use the reliable Tektro Disc and V brakes which gives you good stopping power when you need it.

For its tyres, you get the Kendra 20-inch tyres which provide excellent traction and manoeuvrability. Bigger tyres also give you more stability especially if there are bumpy roads or potholes. You’ll also like the plush and comfortable Selle Royal Gel saddle which makes your riding experience a luxurious one.

If you want a high-quality ebike for your daily commute, the Apollo Italy Smart1S Ebike has all the branded features that you’ll love. 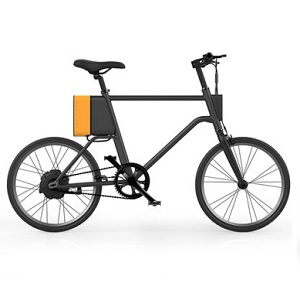 On our list of ebikes, the Yunbike C1 Power-Assisted Bicycle is the lightest model thus far and also equals the highest maximum range of 75km. You can use it to ride around the whole Singapore and still have battery left over. If you run out of battery, you’ll also love its fast charging time of 3 hours which is almost twice as fast as other ebikes. As such, it is probably the best bike if you plan to ride for a long distance regularly.

You may also be interested in our other articles!

How does an ebike work?

Electric bicycles work almost the same as a normal bicycle. The only difference is that you get what is called pedal-assist, which the motor generates torque to make it such that you can pedal much less to reach higher speeds. One thing to note is that the motor only activates when you pedal so you can’t just press a button and expect the bicycle to move – unlike an electric scooter.

There are three main important components that make an ebike different from a manual bicycle. Firstly, its motor which delivers and controls the torque. The better the motor, the more power, torque, speed and acceleration. Secondly, the battery which provides the energy source and also determines the maximum range of the electric bike. Usually, batteries on the market nowadays can allow you to cycle for between 40 to 80km. The third component is its sensor, either a speed or torque sensor. It controls when and how much assistance to provide to get you up to the speed you want.

How much does an ebike cost in Singapore?

Ebikes in Singapore costs anywhere from $700 to $4000. Most of the ebikes we have listed cost between $800 to $1400. Ebikes are slightly more expensive than escooters which range from $300 to $1000. However, ebikes are still relatively affordable compared to motorcycles and cars.

Can an ebike work without pedalling?

No, an ebike will not work without sensing some pedalling. That is why these ebikes are also called pedal-assistance bicycles (PAB). Some bicycles have different pedal-assist settings which you can choose from. You can choose from low or high pedal assist. With a lower pedal assist, it’ll require more pedalling and energy. With a higher pedal assist, it’ll require much less physical effort and pedalling to travel the same distance. As such if you want an easy and effortless ride, always select the highest pedal-assist option on your ebike.

Are ebikes legal in Singapore?

Yes, ebikes are legal for use in Singapore. However, there are rules and limitations which you must take note of.